New President in Colombia: What Does This Mean for Business in the Country?

This year has been critical in Colombian politics. In March, the new Congress was elected and three months later, Iván Duque won the presidency defeating former mayor of Bogotá, Gustavo Petro.

The president of Colombia has already made some key ministerial and cabinet announcements. One of the major appointments is of Alberto Carrasquilla as the Minister of Finance; Carrasquilla has also been named the head of the transition team. The fact that Carrasquilla is leading the handover from Colombia´s last president, Juan Manuel Santos, shows that the incoming administration wants to reassure the world about Colombia´s pro-growth and business friendly environment and agenda.

Duque´s administration will have to tackle key domestic issues such as justice, tax and pension reforms, as well as the implementation of the Havana peace agreement with the FARC (Revolutionary Armed Forces of Colombia).

Duque’s first foreign trips were to the United States and Spain, where he met with the leaders in both the private and public sectors. The most pressing issue between Colombia and the United States includes putting a stop to illegal drug trafficking, eradication of illicit crops throughout Colombia, dealing with the ongoing crisis in Venezuela, advancing hemispheric security and fostering economic ties.

During his meeting with the secretary general of the Organization of American States (OAS), Luis Almagro, and the director of the International Monetary Fund (IMF), Christine Lagarde, Duque announced his intentions of withdrawing Colombia from the Union of South American Nations, given the organization´s failure to stop and prevent abuses of power in countries like Venezuela. This gesture sets a clear path for a foreign policy.

Duque has been a strong advocate of both FDI and foreign participation in general. It is clear that now is a great time to look towards Colombia as an attractive jurisdiction to begin commercial activities. 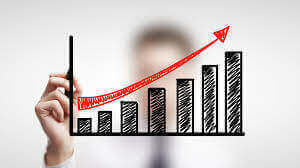 Business in Colombia After the Elections

Since Duque won the country´s vote for the president of Colombia, he has made it clear that his foreign policy will center on reinforcing ties with Colombia´s traditional allies and securing international support for the administration’s agenda.

All in all, Colombia´s economy is expected to continue to rise as it has been over the past years. The nation is dedicated to strengthening economic ties with foreign countries, in addition to expanding and diversifying the country´s exports. We will continue to watch the country´s development as the hope for economic growth surges.

If you are interested taking advantage of the expected growth in Colombia, please contact out local team of local professionals dedicated to helping companies do business in Latin America. Reach out to our CEO and Entrepreneur, Craig, here and see how we can support you in Colombia.

Watch the video below and learn more about the attractive reasons to do business in Colombia.