If you think about Chile’s economy, the first thing that probably comes to your mind is the mining sector, and with good reason. Chile possesses 29% of the world´s reserves of copper, 16% of molybdenum, 15% of silver and 54% of the world’s lithium reserves. Nowadays, mining represents more than 60% of the country’s exports and contributes around 13% to the national GDP. Also, the direct or indirect contribution of the mining sector to total employment is around 11%. In fact, historically, Chile has been known for its richness in natural resources, but it was not before the late 20th century that Chile became the world leader in copper exportation.

Latin America is known as a key mining region; with the region as a whole having a diverse abundance of natural resources. Chile stands out as a leader in the region and has an attractive legal framework, aimed at attracting foreign investment in the region. While Chile has greatly diversified its portfolio of sectors over the years, mining still remains a great contributor to the national economy. World mining leader, Australia, has a strong bilateral relationship with Chile, with both regions sharing skills and expertise in mining, in addition to other sectors such as agriculture. In fact, the two regions signed a Free Trade Agreement (FTA) in 2009, showing a strong commitment to strengthening commercial ties. Mining is one of the key components of this relationship. This relationship has provided the platform for Australian companies in the mining sector to enter the Chilean market-place and be part of the regions mining success.

In 1907, Chile’s production of copper represented less than 4% of the world market share. At that time, the United States was the largest producer of copper. The change occurred in 1910 when new mining processes were implemented throughout the country. Local authorities were aware of the importance of the mining industry for the national economy leading to the nationalization (expropriation) of all mines and the creation of a state-owned monopoly. Until today, the state remains an exclusive owner of all the mines without an option to transfer the ownership rights by lapse of time or prescription. Nevertheless, in the last two decades, the government has modified the mining and environmental framework to attract foreign investors who can apply for mining authorization and be granted exclusive exploration and exploitation rights. 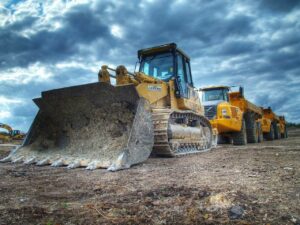 Chile possesses 29% of the world´s reserves of copper.

There are two kinds of mining concession:

Currently, Chile is home to the largest copper mines in the world. The largest mine, the Escondida, is situated in the Atacama Desert and represents the largest copper mine in the world. Its production represents 5% of the global production and its reserves are estimated to last for the next 54 years. The Escondida is operated jointly by the BHP Billiton (57.5%), Rio Tinto Corporation (30%), the Japanese consortium of Mitsubishi (10%) and International Finance Corporation (2.5%). The next largest mine sites are located in Chile include Collahuasi, Andina or El Teniente.

In fact, more than 50% of Chilean exports relate to the mining sector. Refined copper and copper ore represent both 20% of overall exports respectively. Raw copper represents 3.1% of overall exports, followed by Gold 1.4%, Iron Ore 1.3%, Molybdenum Ore 1.2% and other precious metals with a 0.64%.

The economic success of Chile goes hand in hand with its mining industry. At present, Chile is one of the most prosperous and economically stable countries in Latin America. Its GDP per capita reached USD$24,013 in 2017 and is projected to grow by 3.6% in 2019. In addition, the Central Bank of Chile is successful in maintaining a controlled inflation between 2% and 4%. The level of unemployment circulates around 7%.

Is the mining industry the main factor of the Chilean economic success?

Partially. The local authorities have reinvested the income from the mining industry into other industries to make the local economy more competitive and diversified. In the last 20 years, Chile transformed its infrastructure using public-private partnerships. Thanks to improved connectivity and the subscription and signature of free-trade agreements with more than 64 countries, Chile ranked 33rd among 138 countries in the Global Competitiveness Index for 2016-2017. 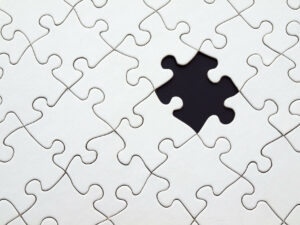 Intelligent Mining transforms the way the decisions are made within the mining industry.

The digital revolution has led to changes in many industries, including mining. In recent times, there has been much talk in the mining community regarding Intelligent Mining. Intelligent Mining transforms the way the decisions are made within the mining industry. The focus lies in the optimization of resources, such as energy and water. The companies engaged in intelligent mining try to understand where the waste is created during the process and aim to diminish it. Also, they try to adopt more sustainable-friendly practices to lower the negative impact of mining on the environment. A good example of a company practicing intelligent mining policy is Ecometales Limited, a subsidiary of Codelco Technologies Ltd. Ecometales submitted a Declaration of Environmental Impact for its Copper Concentrate Leaching Project. The project incorporates multiple environmental advantages. For example, it consumes less water than other alternative technologies, it does not generate arsenic or sulfur air emissions, only steam, and it produces stable arsenic waste in the form of scorodite. This is just one example of a company who has been able to take advantage of opportunities in the Chilean mining sector through intelligent mining.

Intelligent mining is more than a concept or a trend, but more the future of the sector as a whole. Companies who hold intelligent mining processes, systems, technologies, and equipment have access to a range of attractive commercial opportunities in Chile, in the short, medium and long-term.

Recent Developments and Challenges in the Mining Sector.

Despite the enormous potential of the mining sector, Chile is facing several challenges in order to sustain its position as a world leader. Whereas the issue of sustainability and environmental responsibility is gaining more attention, it is harder to obtain a social license to operate in the mining sector. It is highly recommended to cooperate with a local company, such as Biz Latin Hub, to help you to apply for a mining concession. To be successful, mining companies must comply with the legal standards and integrate the rights of indigenous people within their policy to maintain socioeconomic stability in the region.

If you are interested in the mining sector and need advice and/or help in obtaining a mining concession, do not hesitate to contact Biz Latin Hub Chile’s Country Manager and Mining Lawyer, Allan Schulder, here. Our team of local professionals can provide you with tailored support on how to successfully expand your company into the lucrative Chilean mining sector.

Latin America is full of exciting commercial opportunities for companies in the mining sector. Check out the video below and discover how you can get involved.