Mining Due Diligence in Chile – Why Invest in the Chilean Mining Industry? 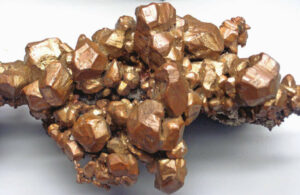 Chile is the biggest copper producer in the world.

Chile has become the biggest mining sector in Latin America in recent years. Chile’s economy is largely dependent on the mining industry as it makes up for 10% of the nation’s GDP and 50% of its total exports. Copper is the most important mining product for Chile, being the world’s number one copper producer. Furthermore, Chileis the world’s second-largest lithium producer and a major producer of molybdenum, gold, and silver. Nevertheless, the Chilean mining sector experienced a decline in recent years due to the drop in commodity prices, even resulting in an economic slowdown in Chile. However, it is expected that the industry will accelerate again in the coming period due to a recovery in commodity prices, an increase in demand for lithium and the recent election of president Piñera, who has promised to amend reforms to stimulate investment in the mining industry. The expectation is that the value of the Chilean mining industry will grow to a value of 33.2 billion USD in 2018 and 39 billion USD in 2021, compared to 30.4 billion USD in 2016. For this reason, now is the right time to invest in the Chilean mining industry.

How to Complete a Mining Legal Due Diligence in Chile?

The Chilean constitution declares that the state is the absolute, exclusive and permanent owner of all mines, including metalliferous sands, salt pans, coal and hydrocarbon deposits, with the exception of surface clays. For individuals interested in investing in the Chilean mining industry, the state allows persons or entities to acquire, explore and exploit mineral deposits through a mining concession granted by the Judicial Branch. In the following section, we will provide some tips for completing a due diligence for a mining concession.

Given the fact that Chilean mining law does not prohibit two or more mining rights having the exact same name, it is of the utmost importance to have absolute clarity which one is being discussed. This can be achieved not only by reviewing the name of the mining right in the Mining Registry Custodian, but also with the National ID number assigned by SERNAGEOMIN (Servicio Nacional de Geología y Minería) to each individual mining right in Chile.

The property rights held by the concessionaire over its concession are guaranteed under the constitutional right of (and to) property. However, the holder of an exploitation concession can lose his ownership when he or she does not pay the tax burdens to the National Treasury House (Tesorería General de la República). Exposing the right to be the subject of an auction. On the other hand, holders are also always free to voluntary resign (completely or partially) to their mining rights.

What is the size of the area included subject to the mining right?

What are the mineral substances that are subject within the exploration or exploitation concessions?

Who are the possible current and previous owners of the mining right in question?

Are there any legal encumbrances, charges, mortgages, claims, liabilities or regulations that are attached to the mining right?

The mining right is valid when it is legally constituted as a mining right and when the registry within the mining custodian is not annulled.

As mentioned before, in order to maintain ownership of mining rights holders must pay a tax burden to the National Treasury House (Tesorería General de la República). Once the mining right obtains a judicial sentence which declares it as such, payments must be made every year in the month of March.

Chilean mining law allows overlap between different types of mining rights owned by different people or companies, therefore it is very important to determine firstly if there is overlap or superposition between rights, and secondly, study which one among them holds the legal preference in the area. Only preferential rights, (preference to explore or exploit depending on the case) generally speaking, should be the subject of negotiations.

Want to Find Out More About Due Diligence and Mining in Latin America?

At Biz Latin Hub we have a team of local and expat professionals that offers due diligence services and with extensive experience in the mining industry. Our team also provides many other services that can help you ensure success when doing business in Latin America. Send an email to Craig here to see what we can do for you.

If you want to learn more about mining opportunities in Latin America, watch this video: