Tributary Benefits for MSMEs in Perú 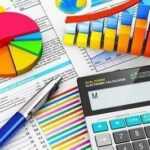 The Peruvian government offers tax benefits to micro, small, and medium-sized enterprises (MSMEs) according to their income levels, in order to promote their business development and persuade them to enter the formal economy. According to the Ministry of Production, 99.5% of Peruvian companies are MSMEs and in 2014, they reached a total of 1,592,232. MSMEs also concentrate nearly 80% of the total number of the country’s export companies and around 70,5% are constituted by natural persons.

Law 30056 classifies MSMEs according to their annual sales as follows:

The National Superintendence of Tax Administration (SUNAT, for its Spanish acronym) offers MSMEs three tributary regimes, each one with its own advantages. This is important information for all MSMEs looking to constitute or formalize their companies in Peru.

If you are unsure which regime best fits your needs, do not hesitate to contact Biz Latin Hub to learn more about the tributary benefits for MSMEs in Perú. Contact karl here and see how we can assist with your financial reporting.