Victory for Bolsonaro – Will Brazil Become a Global Superpower?

On the 28th of October, Brazil had its much anticipated presidential elections and Mr. Jair Messias Bolsonaro – PSL – won, being named the new President of Brazil, with more than 55% of the valid votes. In his victory speech, Bolsonaro declared that he would defend the Brazilian Constitution, law, democracy and freedom.

After managing to attract significant attention in the main international newspapers around the world, focusing on the most polarized elections in years, Bolsonaro’s victory has led to much speculation and varying expectations from areas in Brazil but also countries worldwide.

A Brazilian entrepreneur, Winston Ling, who has been living in Shanghai since 2001, and is president of the administrative council of Petropar and Sheun Ming Ling, shows his optimism for the Brazilian economy – “with Paulo Guedes’ Plan, Brazil will be the new China”. Paulo Guedes is a neo-liberal economist, with a Ph.D. and masters from Chicago University. He is an experienced professional that has occupied positions in some highly recognized companies such as Banco Pactual, Instituto Millenium, IBMEC, BR Investimentos, among other first level companies. Winston was the person who introduced Paulo Guedes to the new Brazilian President, Jair Messias Bolsonaro, and like many other investors, he optimistic about the results of the Brazilian elections and the proposed policies and reforms by Bolsonaro and his team.

A sympathizer of Trump policies, the new Brazilian President does not hide his more conservative social beliefs and neo-liberal economic tendencies. The right-wing president has declared some of his goals, including the reduction of government ministries and the relocation of the Brazilian embassy in Israel to Jerusalem. He has received much publicity from countries, leaders, and politicians worldwide.

In a hysterical movement, some of his controversial ideas were broadcasted in the Brazilian media, such as gun reforms, the fight against drugs dealers and the adoption of strict laws and penalties against murderers, rapists, and thieves. These proposed policies received an unexpected approval from the majority of Brazilian citizens that are tired of the inefficient security programs.

His ideas of a new era for Brazilian economics, with a neo-liberal system prioritizing the social security and tax reforms through the creation of new rules and the reduction of the state burden over contributors, have been welcomed by investors and companies. 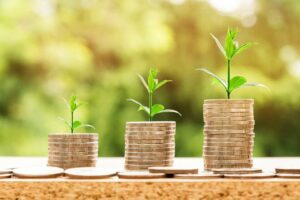 Bolsonaro is committed to reducing the power of the State (government control), adopting new practices, endorsing economic development and foreign investments in Brazil. The plans of his government are inconsistent with the years of left-wing governments that Brazil has had. The previous governments increased government ministries and regulatory agencies, leading to a reduction in the country’s economic activities, dropping from the 8th to the 9th largest economy in the world.

The new Brazilian leader has announced that the government will reduce at least 10 out of the 29 current ministries, confirming that the Labor ministry is one of them. This declaration will be hugely disruptive of the previous government’s strategies – completely against their policies. Bolsonaro has promised to tolerate no level of corruption in Brazil as well as to try to decrease the federal influence on the economy. To help with completing this aim, some new Heads of Ministries have already been named, amongst them, Paulo Guedes and Sérgio Moro.

Sérgio Moro is the judge responsible for the most important judicial process in Brazil, known as “Lava Jato” (Car Wash). He is fighting against the high levels of corruption in Brazil. Moro receiving this position in the Ministry of Justice is the clearest declaration from Bolsonaro that his presidency will stand firmly against corruption.

These names were received with enthusiasm by the majority of Brazilian voters because of the previous government scandals and the general concern for the current economic situation. This desire for change was, therefore, a huge factor as to why so many switched to vote for the right-wing party and hence the increase in the number of right-wing representatives in the Brazilian Congress.

Bolsonaro has already declared his intentions of opening the Brazilian market to new foreign investors. He has plans to strengthen the commercial relationship with North American countries. Having expressed his interests in building a better connection with the USA in particular, Trump has likewise declared a mutual interest in this fortification of relations.

The new president and his heads of ministries understand the importance of the relations with North America. The new government has declared that they will focus their efforts on strengthening the relationship between Brazil and the North American Countries. Brazil has already increased the amount of foreign investment in recent years, with countries from North America that have invested more than US$11,380 million. The prospects of new investments are rising daily. 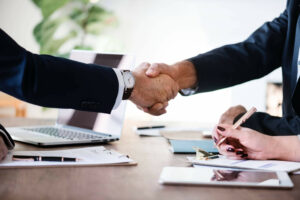 The newly elected government in Brazil is determined to strengthen relations with North America.

After the recent election results, left-wing politicians have been rebelling, promising to provide strong opposition to the Bolsonaro government. The issue for Bolsonaro will be the fact that he needs a Congress in his favor to allow him to move forward with his plans. He wants to reduce the government influence on the market, in order to encourage more global investments in Brazil, as well as reduce the tax rates and also sell some Public Companies (privatizations) – all in an attempt to build a stronger economy.

After the first round of elections, when Brazilian economists and investors were confident that Bolsonaro would be the new president, the Brazilian market responded positively to his proposed ideas and plans. In other words, the news of his presidency has had a good impact on the Brazilian market.

After confirming that Paulo Guedes and Sergio Moro would be part of his government’s ministries, the Brazilian Stock Market in São Paulo (BOVESPA) has shown positive results and the Brazilian Real has increased its value in currency exchanges with the US Dollar and Euro, showing the confident feelings and hope that the country has, upon receiving this news.

The Brazilian Stock Options Market (BM&F-Bovespa), investors and economists are excited about the business opportunities that 2019 will bring. Brazil is recovering from an economic crisis, has renewed its congress, filling it with individuals in favor of the new president and has had good news from the transition ministry (responsible for the presidency government transition). All in all, the current situation in Brazil is set to be a profitable one for investors.

The optimism for Brazilian politics and economic perspectives are rapidly increasing. This can be demonstrated by recent announcements of new investments from international companies in the coming years.

Mr. Winston Ling’s declaration that Brazil could be the new China is seemingly too optimistic and therefore must obviously be taken with caution. Nevertheless, it is still a strong indication of the exciting opportunities awaiting investors and entrepreneurs who are interested in company formation in Brazil. Profitable investors and companies should take advantage of the potentially lucrative, new opportunities in Brazil.

With the recent election of Bolsonaro, a wealth of potential business opportunities have arisen. Brazil is likely to experience an imminent increase in Foreign Direct Investment (FDI). If you are interested in joining this wave of new investors in Brazil, do not hesitate to get in contact with Biz Latin Hub. Reach out to our bilingual Country Manager, Bruno, at here for personalized commercial support.