The ‘New’ Brazil in 2019 – A Profitable Investment Destination

When we talk about Brazil, every new year we can find people filled with hope about the next business period and subsequent positive economic effects. On the other hand, another group of people fear possible changes that could negatively affect the Brazilian society as a whole. Forbes has recently published that “Brazil is the Best Stock Market in World Right Now”. While this has brought about optimism for locals and also foreigner investors, many look forward with caution.

This year, Brazil has elected the first rightwing president since the military regime, with promises to open up the Brazilian economy to investment and make the nation more ‘business friendly‘.

What Will be the Effect on Foreign Investment in Brazil? 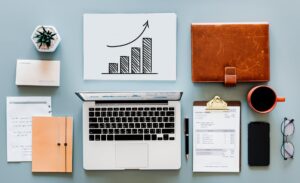 While we are still unsure of the specific effect that the new government will have on FDI in the region, there is confidence amongst both locals and the foreign business community. On January 1st, 2019, the elected President, Jair M. Bolsonaro was sworn as the current Brazilian President, and, at the inauguration speech, he reinforced his promises and goals for the coming years.

In his first official act, Bolsonaro has accomplished some of his promises including extinguishing some government institutions and appointing the new team to take over some existing public servant roles. Bolsonaros new team was elected in accordance with their professional experience and knowledge and will support the new president to command and implement new policies.

Once his new team had been formally appointed, President Bolsonaros has done the following:


In response to these initiatives, The Brazilian Stock Market has already seen positive growth, with a strong valuation of national companies such as Petrobras, Vale, Siderurgica Usiminas, BW2 Digital, Americanas, Submarino and CCR Rodovias. Additionally, the national currency (BRL Real) continues strengthening. Brazil is expecting billions of dollars of new investment to be made in the country and the citizens are optimistic in regards to the promises of a tax and social security reforms in addition to flexible labor rules.

For potential investors, it is the right time to consider Brazil as a profitable investment destination. However, both individuals and companies should be aware that there are still challenges of operating in Brazil, though, through partnering with the right professional team, the Brazilian market can be navigated successfully.

Incorporating a Company and Doing Business in Brazil

As with many other Latin America countries, Brazil has more than one form of legal entity to conduct commercial activities. The most common legal entity structure in Brazil is the Sociedade LTDA. Akin to the Limited Liability Company in the U.S. or the UK, the Sociedade Limitada in Brazil has many similar features. It is a legally separate entity from its proprietors and owners, it requires a minimum of two shareholders, has no minimum capital investment and allows for 100% foreign ownership.

A great way to expand operations and access the Brazilian markets is through the incorporation of a local Brazilian company. The company incorporation process in Brazil is as follows:

Time is something to keep in mind when incorporating a company in Brazil given that incorporation time can range between 12-16 weeks.

It is possible to provide an apostilled or legalized Power Of Attorney (POA) giving powers to a local legal representative to sign formal documents, bylaws and make registrations on behalf of the investor. This is often the best solution as it allows for operations to begin quickly and without the need for the investors to make a trip to Brazil (i.e. savings in time and costs).

The document language is another point to pay attention too; documents that are not written in Portuguese will need to be officially translated.

After having your local company legally incorporated, it is very important to work with local professionals to ensure that the company remains compliant and in good standing with the local authorities.

Since the recent elections, investor confidence in the region has grown and both individuals and companies are looking at Brazil as a great place to set up commercial operations. Once you have identified a gap in the market, you should consult with a local partner to look at the best market entry strategy.

Biz Latin Hub is the proud partner of many foreign firms who have expanded their operations to Brazil and other jurisdictions in Latin America. Get in contact today for personalised support.