How Will the 2018 Brazilian Elections Affect Business?

As well as Mexico and Colombia, Brazil is one of the other countries in the LATAM region that is holding presidential elections in 2018. This article will give you an insight into the upcoming Brazilian elections of 2018 and the possible impact that these elections can have on the business environment.

Who Are the Most Popular Candidates in the 2018 Brazilian Election?

Lula, the Brazilian favourite for the upcoming Brazilian presidential election of 2018.

The leading candidate for the Brazilian elections of 2018, is Luiz Inácio Lula da Silva. Lula is running for presidency as the presidential candidate for the Worker’s Party (Partido dos Trabalhadores), the same political party Dilma Rousseff ran for when she became president of Brazil in 2011. He is determined to become re-elected as president for his third term, having already governed the country from 2003 until 2011. However, his potential renewed presidential career may be short-lived due to a conviction back in July 2017. According, a survey of January 2018 Lula can expect to receive 37% of the votes in the upcoming Brazilian elections. The Worker’s Party is mainly focused on the improvement of equality and other social issues. This includes racial equality and initiatives for LGBT rights within Brazil. Lula claims that attracting business to Brazil is not at the top of his list because he is more focused on the people of Brazil and giving them the chance to participate in their economy again after a time of economic crisis. Providing a prediction of Lula’s effect on business at the moment is difficult and analysts are more concerned with the question of whether he can even run for president at all.

The second favourite candidate in the Brazilian elections of 2018 is Jair Bolsonaro of the ‘Social Liberal Party’ (Partido Social Liberal). He is expected to receive 18% of the votes. Before his political career, he was a military officer and his campaign promotes a limited involvement of the government to give Brazilian people a more autonomous life. Another initiative is that he wants to set up social programs that focus on health care and access to education to improve the circumstances for the most vulnerable people in society. Based on his previous position as a military officer and congressman we can expect that his main focus will be restoring law and order in Brazil. Regarding business matters, his aim to restrict investment of Chinese companies in Brazil which may be the beginning of a decline in foreign investment in Brazil.

Marina Silva is the third most likely candidate to win the Brazilian elections of 2018 and she is running for the political party called ‘Sustainability Network’ (Rede Sustentabilidade). She already ran for president in 2014 but never received enough votes. She was the Former Minister of Environment during Lula his first presidential period and the expectation is that she will receive 13% of the votes during the Brazilian elections of 2018. At first instance, this doesn’t seem overly promising but if Lula has to step down from the race for the Brazilian presidential elections of 2018, she would be the first candidate in line to compete with Bolsonaro for the presidency. Her campaign is mainly focused on a green, sustainable and innovative Brazil. Looking at her former activities as a Minister, it is highly expected that her focus will remain the improvement and creation of a sustainable Brazil. This can be an attractive opportunity for investors looking to harness Brazil’s huge potential for renewable energies.

What Are the Predictions for Brazil’s Economy? 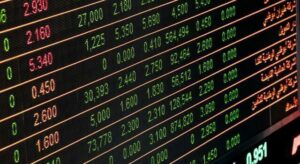 Brazil is making its recovery from the economic crisis.

Until the presidential elections are decided, Brazil’s economic future will remain uncertain especially considering that the candidates all have a different stance on business issues and how to handle the economic recovery. In the last decade, Brazil grew to become the world’s 6th largest economy, however, more recently it suffered a painful recession. Last year, Brazil’s GDP managed to grow by 1% following two years of negative growth and this improvement is expected to be the start of a positive trend for the Brazilian economy. Data from ‘The Organisation for Economic Co-operation and Development’ (OECD) showed that Brazil’s economy is growing again partly because of big investments in the technology and science sector. The amount of foreign investors is growing in the country and the nation is pumping out a highly skilled and educated work force as the credibility and value of Brazilian universities are raking higher than ever before. Also, the unemployment rate is reducing and inflation has come down. Foreign investment in Brazil is still relatively low at the moment but with the vast amount of opportunities the nation offers combined with the economic recovery across Latin America, it is likely to become an interesting option for those looking for a new business venture.

How to Obtain More Information About Brazil and Its Investment Opportunities?

Do you want to know more about the economic developments in Brazil and the country’s many business opportunities? At Biz Latin Hub we have a team of professionals that are happy to answer all of your questions about starting a business in Brazil. Please don’t hesitate to contact us here to find out how we can help you ensure your Latin American business venture is a success!

Watch our video below to learn how Biz Latin Hub can help you doing business in Latin America!