Business and Trade Between Paraguay and Uruguay 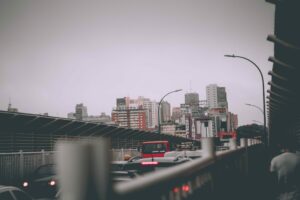 Trade between Paraguay and Uruguay continues to grow.

Paraguay and Uruguay may share a suffix and operate on the same landmass, but the two countries are worlds apart when it comes to their economies. Uruguay, home to 3,286,314 people, has a GDP of US$58.123 billion, around $16,638 per capita, whereas Paraguay, with more than double Uruguay’s population at 6,725,308, has a GDP less than half of Uruguay’s, currently at US$28.743 billion (around US$4,133 per capita). However, as LATAM countries look to support one another’s growth and free trade agreements offer up new opportunities for investors, trade and business between Paraguay and Uruguay have been on the up.

Below, we offer an overview of Paraguay and Uruguay’s trading relationship and share some of the opportunities available to entrepreneurs considering entering into the market.

Paraguay and Uruguay entered into a diplomatic relationship in 1845, and both countries have an embassy in one another’s country. The República Oriental del Uruguay suggests that there are around 1,000 Uruguayan expats living in Paraguay, and the Instituto Nacional de Estadística Instituto Nacional de Estadística claims there are 1,781 Paraguayans living in Uruguay. Whilst those expat figures may be small, these expatriates demonstrate the growing relationship between these two countries and offers unique opportunities for businesses considering incorporating in Paraguay or Uruguay.

Paraguay and Uruguay Imports and Exports

According to the United Nations COMTRADE database, Uruguay exported more than US$121.06 million worth of goods to Paraguay in 2017, with products such as tobacco, pharmaceutical products, malt, wheat, starches and paper making up the top exports. Paraguay, on the other hand, exported US$219.24 million worth of goods to Uruguay in the same period. This makes sense when you consider that Uruguay has a more substantial middle-class citizenship and therefore higher levels of disposable income, which increases the level of demand for products and services. Oilseed, fruits, ships, cereals (US$27.67M), animal feed, mineral fuels, and oils were some of the country’s top exports, signalling a shift and demonstrating that Paraguay exports more consumer goods and commodities. Uruguay, however, exports more raw materials that Paraguayians can manufacture and add value to.

At present, Paraguay’s exports to Uruguay make up only a small percentage of its overall exports market, which was US$6.8 billion as of 2017. Indeed, the country exported soybeans, corn, rice, wheat, bovine meat and insulated wire around the world to markets such as China (US$3.65B), Brazil (US$2.64B), Argentina (US$1.18B), the United States (US$1.01B) and Chile (US$428M), but had a negative trade balance having imported US$12 billion worth of goods into the country. Top imports in 2017 included broadcasting equipment, pesticides, cars, and refined petroleum, as well as rubber tires, fertilizers, and video games. 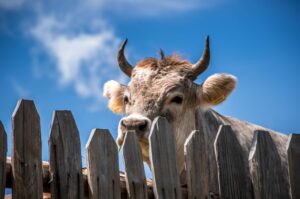 Both Paraguay and Uruguay are top exporters of bovine meat.

Uruguay, on the other hand, exported US$8.8 billion worth of goods in 2017, meaning that its current trade with Paraguay makes up less than one per cent of its overall export economy. Similarly to Paraguay, Uruguay is a key exporter of bovine meat and soybeans, and also exports cheese, concentrated milk and sulphate chemical wood pulp, sending goods to China, Brazil, the Netherlands, the United States, and Argentina. Uruguay exports to similar economies as Paraguay.

Opportunities For Paraguay and Uruguay

Whilst Paraguay and Uruguay’s current trading arrangement is small, the two countries offer similar products exported to similar countries, and so significant opportunities await for businesses looking to expand into one or both of the markets and consolidate their LATAM expansion. With significant agricultural opportunities in Paraguay and a low average annual salary of just US$3,2805 (according to Average Salary Survey), the country is a top choice for both international investors and Uruguayian businesses looking to produce raw materials to export to markets such as China and the United States, cutting costs and increasing yield.

The MERCOSUR agreement, which brings Paraguay and Uruguay together with Argentina and Brazil, also offers significant opportunities for businesses in both countries. Free trade is encouraged through the elimination of customs duties and a common external tariff (CET) of 35% on imports outside of the bloc. MERCOSUR also has the benefit of trading with associate countries (Bolivia, Chile, Colombia, Ecuador, Guyana, Peru, and Suriname) and Observer countries such as New Zealand and Mexico, increasing the value of the deal. 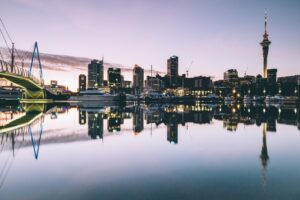 Countries such as New Zealand can be reached through the MERCOSUR agreement.

A company may choose to incorporate in Uruguay, for example, and have materials imported from Paraguay to use in manufacturing. Those goods can then be sold to other MERCOSUR members. Free trade zones in Uruguay such as Zona Franca Punta Pereira and Aguada Park unlock even greater opportunities for businesses hoping to expand into Uruguay and vice versa. Uruguay’s double taxation agreements with countries such as Spain, Sweden, Portugal, Mexico, Malta, Liechtenstein, India, Korea, Finland, Ecuador, Germany, Hungary, and Argentina encourage more businesses to enter into the country and do business with MERCOSUR members including Paraguay, further improving the countries’ trading bonds.

The Future of Paraguay and Uruguay Trade

In 2013, then-President Horacio Cartes of Paraguay made a state visit to Uruguay in an effort to promote the international investment potential of the country, and to strengthen the Paraguayan/Uruguyian trading relationship. During the meeting, Cartes and Mujica said that they would like to work together “intensely” to increase trade and industrial relationships and since then exports between the countries have been growing, however slower than expected.

Six years have passed since the pair’s meeting, and although optimism was strong for a close bond, the only way that both countries can really make it happen is via business expansion and investment. Both countries have strong FDI policies designed to encourage investment from other Latin American businesses and indeed firms from further afield. Given so, savvy entrepreneurs will naturally look to dip their toes into both Paraguay and Uruguay when expanding in Latin America to take advantage of produce similarities and trade deals.

If you’re looking to expand your business in Paraguay or Uruguay, get in touch with the local business experts here at Biz Latin Hub. We are the trusted local partner for businesses of all shapes and sizes, offering services such as commercial representation, visa processing, and recruitment and hiring. We provide tailored global support for businesses looking to break into new LATAM markets and have experienced local and expatriate staff on hand to help.

To find out more, contact the team here at Biz Latin Hub, and we’ll get back to you with a personalized strategy designed to connect the dots between your Paraguayan and Uruguyian business ventures, streamlining your processes and increasing your bottom line.

A tailored PEO solution can help you expand your business to Latin America with minimum effort and costs required. Watch the video below the discover more…