How Panama’s Political Climate Will Influence Business in 2019

Leading up to Panama’s presidential election, there were great expectations, nerves, and hopes for a promising future. All these emotions are to be expected from a country who, over the last 5 years, has seen a consistent annual increase in GDP of 5%. Public hope lies in the new President’s ability to accelerate the growth of the economy. It’s important to note that Panama’s public debt increased exponentially in the last 10 years.

Panama’s recent presidential election could, undoubtedly, change the way the small Central American country operates in the global economy. The new president, Laurentino Cortizo, has an extensive background in business administration and international business. We explore the political actions that could be taken in order to attract business and investment to Panama.

Within the economic sector, ideas are circulating about accelerating and developing fiscal agendas that make Panama attractive to foreign direct investments.

Many consider Panama’s economy as one which integrates practices of opening markets, accepts and exchanges cultural customs, and increases diplomatic relationships in a proactive way. The people expect President Cortizo to uphold these positive characteristics of the Panamanian economy, so as to increase the overall GDP of the country. 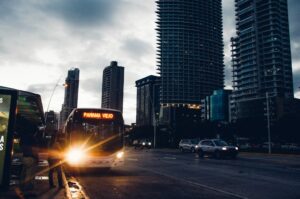 Currently, Panama’s economy faces intense wealth disparity and stagnant economic growth. Creation of the Canal made the nation wealthy overall. However, Panama has the second-worst income distribution in Latin America, according to the CIA. Moreover, FDI in the country has been declining over the past 4 years, threatening Panama’s annual economic growth.

After school, Cortizo was involved in a number of different government organizations. His business-savvy attitude propelled him to the top of many of these organizations. He has also been working in the private sector at his own construction materials company, Grupo Cortizo, Panablock since 1986. Ultimately, this deep-rooted background could heavily influence his political ideologies and plans for the Panamanian economy.

The new President won by small margins, but his ideologies and plans could be revolutionizing for Panama. Campaigning with the slogan ‘Uniendo fuerzas,’ or ‘Joining Forces,’ Cortizo vowed to bridge the staggering wealth gap between the upper and lower class. He declared a fight against poverty and corruption during his campaign, deeming them as ‘the sixth frontier.’

Moreover, the newly elected President will eliminate price controls which the Varela administration established. By doing this, Cortizo hopes to reestablish economic growth, which dwindled in the last year.

Economic trade partners, like the US and China, are on Cortizo’s agenda too.

The most recent and relevant diplomatic relationship formed for Panama was with China. The Varela administration started building a relationship with China in December. It bloomed when the two countries signed 19 economic cooperation agreements. 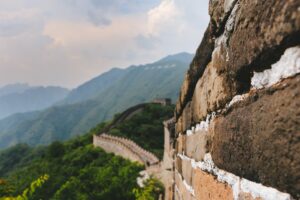 Panama and China relations are strong due to heavy Chinese investment and Panama’s pivotal role in the Belt and Road Initiative.

Furthermore, China is funding the creation and implementation of the new Tren Panamá Chiquirí, a train that will run from one end of Panama to the other. This will be essential in connecting trade routes, within the country, as well as trade routes globally. The first phase of the project started and is projected to cost $4.1 million. Overall, Cortizo is looking to further talks with China about trade, so as to get Panama a bigger cut of the earnings.

As for the US, President Trump is skeptical about the relationships forming between China and Panama. Cortizo will have to carefully balance the two relationships, so as not to lose either one. The US sees Panama’s facilities as an essential component in the Latin America region, and the global market in general. Cortizo is looking to use this fact to leverage trade deals with the prosperous northern hegemon.

Interestingly, Cortizo publicly supports the use of medicinal cannabis. Perhaps Panama could be the next country in which legislation for cannabis begins taking place. If he acts on this issue, Panama could become the most important player in the cannabis market, given its access and control over the Panama Canal. Linking producers and consumers all over the world, Cortizo has a chance to make his country a global leader in the medicinal cannabis industry.

With Panama’s evolving political climate, a whole host of opportunities lie waiting for foreign businesses and investments. Given Cortizo’s previous business experience, the economy of Panama is sure to be a top priority for the new president. Moreover, new and strengthened trade relationships offer untapped markets for foreign investors and businesses.

Biz Latin Hub has all the experience and resources to make your transition into any Latin American market a successful one. Contact us at [email protected] for a personalized strategy in market entry and back office services today.