Investment in Brazil is set to increase as the Brazilian government works to develop its economy and attract foreign commercial activity. Recently, the country implemented a reform to reduce its social security spending and boost the economy.

As the largest economy in South America, Brazil had a gross domestic product (GDP) of US$1.8 trillion in 2018. Despite being recognized as an emerging power on the global stage, high levels of national debt and slow growth has meant foreign investment in Brazil hasn’t been overly forthcoming. Fortunately, the country passed a reform and has taken actions that directly combat this issue, as a result, investors have become more interested in investing in the country and have high expectations for 2020.

We expand on how Brazil’s pension reform and other policies drive greater foreign investment in the country. 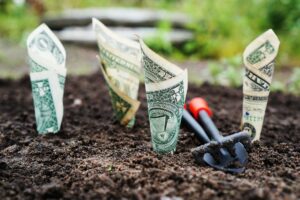 Investment in Brazil is set to increase as the pension reform will save the economy US$194 billion in expenses, reducing its country risk.

Brazil approved a pension reform in October 2019 that directly combats one of its main economic issues: high debt and budget deficit.

According to Brazil’s social security Secretary, Rogério Marinho, the pension reform will save the economy US$194 billion in expenses. This amount will be obtained over the timeframe of ten years and gives the Brazilian economy breathing room to reduce its budget deficit and control debt.

The pension reform increases the retirement age. The retirement age will increase from 56 for men and 53 for women, to 65 years and 62 years respectively. This reform has been controversial and hard to achieve, it has been on the plans of the government since the 2000s. The fact that it is now approved signifies a new chapter for Brazil.

The pension reform is set to attract more foreign investment in Brazil as it combats the main economic issues that created risk.

How does reducing debt attract foreign investment in Brazil

Reducing debt is an indicator of low risk for investors, which in turn makes a country more attractive for foreign investment.

Brazil has been one of the countries with the highest spending on social security globally of late. Last year, public expenditure on social security reached 44% of the federal budget, which is also 8.6% of the Brazilian GDP. So, implementing the pension reform was crucial to managing its future economic sustainability and has considerably reduced debt to attract investment.

The debt to GDP ratio is helpful to understand the capability of a country to pay for its debt. The higher the debt, the higher the risk for investment. After Brazil passed the pension reform and reduced its debt in October, its country risk was at its lowest since 2013. A reduced country risk score gives investors certainty on Brazil’s future economic sustainability.

After the reform was approved, the Brazilian currency was one of the best performers in the region and the main investment fund that deals with Brazilian stocks, named iShares MSCI Brazil ETF, had the largest increase in investment in the month of November. The pension reform positively impacted investment in Brazil and expectations for growth in 2020 are positive.

The Brazilian Central Bank works to boost the economy

At the end of October, the Central Bank reduced the benchmark interest rate in Brazil. Interest rates were cut to 5.0% with the aim to boost the economy. According to expansionary monetary policy, with lower interest rates, it’s easier for people to borrow at banks and finance their projects. In addition, it drives local demand and citizens begin to spend more, which positively impacts GDP, consequently, gets the economy moving.

The pension reform has had positive impacts on driving foreign investment and dynamizing the economy for expansion.

Brazil is historically one of the main receivers of foreign investment in South America. According to the Brazilian Central Bank, the country received US$46 billion in foreign direct investment last year. The main industries that received investments were hydrocarbon extraction, the automotive sector, financial services and more. 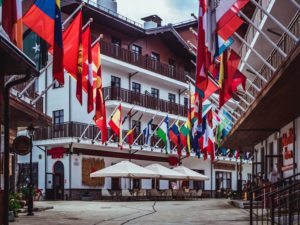 Investment in agribusiness in Brazil can benefit from the meat export boom to Arabic countries.

On top of that, Brazil has diverse trade agreements that give businesses in the country the potential to reach international markets. Aside from the U.S, Germany, China and other countries, Brazil has signed trade deals with key partners in Asia.

Recently Brazil saw a meat export boom with Arabic countries and signed a trade deal with the United Arab Emirates. With Brazilian beef exports booming in Dubai, Brazil has expanded its frontiers and is seeking to reach more Arabic countries.

The Brazilian economy is set to take off in 2020 with increased foreign investment, as well as more international commerce opportunities. Entrepreneurs considering doing business in Brazil should consider their options for business incorporation.

We can support your investment in Brazil

There are plenty of opportunities for investment in Brazil. Popular industries in Brazil include: steel production, automotive assembly, agribusiness and recently, technological ventures are becoming prominent as well.

With the pension reform and reduced interest rates, people in Brazil are set to spend more. Long awaited reforms that will get the Brazilian economy moving, as well as, exciting industries make investing in Brazil appealing.

Investors seeking to enter the Brazilian market must ensure they are compliant with laws and regulations that govern incorporation of companies and foreign investment. At Biz Latin Hub, we provide a suite of legal services, visa processing, commercial representation, and other market entry and back-office solutions.

Contact us today at [email protected] and get professional assistance from our team of lawyers.