As a result of the social demands that have been generated in the country by greater public expenditure in areas such as education, a tax reform is already a reality that will increase the revenue in Chile. This article will look at the different aspects of this tax reform, and it´s effect on businesses operating in Chile. 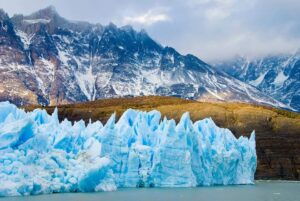 As we have already mentioned in previous entries, as of January 2017, taxpayers of the first category Tax obliged to carry and declare their effective income according to full accounting, must choose between the two new general tax regimes, that is “attributed income ” (Article 14A) or “semi integrated” (Article 14B). In addition to this, the SME regime is also improved, with new benefits for companies.

Given the increase in the First Category Tax rate, the variable rate must be recalculated annually for the determination of its mandatory monthly provisional payments (payments in advance of the annual tax, calculated on net sales)

As part of the most relevant changes, already in January 2016 the presumed income regime, which regulates mining, transport and agricultural activity, was also modified. The conditions that were modified are: the maximum limits of income or sales, limits to effective capital when starting activities, stricter rules of relationship, and also have more and better controls.

As part of our articles, we will continue to review some of the most relevant aspects of the new Tax Reform. 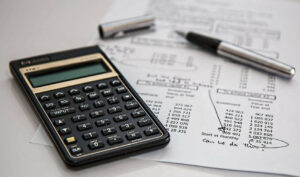 Another important benefit of this reform is the accelerated depreciation of fixed assets in one year. This benefit can be used by taxpayers who declare effective income based on complete accounting and, in the last three consecutive business years, have an average income related to their commercial activity equal to or less than 25,000 UF (Unidad de Fomento). Also, for the investment credit of fixed assets, will be contingent on annual sales, with a differentiated rate, which ranges between 4% and 6% of the value of the asset.

May also be depreciated, immobilized assets, acquired new or imported, considering a useful life of 1/10 of that established by the SII as normal, if the taxpayers declare effective income of first category credited by means of complete accounting and in addition, in the last three consecutive trading years they record an average turnover of more than 25,000 UF and less than or equal to 100,000 UF.

With respect to international taxation, the rule of excess of indebtedness of article 59 of the Law of Income Tax is eliminated and article 41 F. is created. The rule of applying 35% is applied to foreign credits, allocated to 4% or less, In cases where the equity debt ratio exceeds the ratio 3/1, this new regulation applies to loans granted from January 1, 2015.

The article 41 G in which income generated by controlled entities by Chilean entities or assets that maintain passive income abroad (CFC Rules) must be recognized on an accrual basis. Article 41 H is also created, which establishes the countries with preferential regime, a rule that affects the application of other legal provisions. 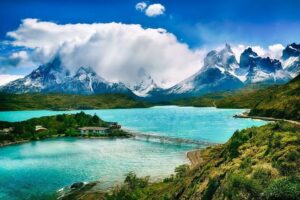 This tax reform allows tax to be postponed, in the Global Tax Complementary, until the investment is totally or partially withdrawn.

Articles 43 and 52 of the Law of Income Tax are modified, reducing the maximum marginal section of the Global Supplementary and Second category taxes from the current 40% to a marginal maximum of 35%. In this way, monthly or annual income, as applicable, exceeding the sum of 120 Monthly Tax Units (UTM) or 120 Annual Tax Units (UTA), as applicable, will be affected with a tax rate of 35%.

There is also a new system of savings and investment for people. For taxpayers who invest up to 100 Monthly Tax Units (UTM) in term deposits, savings accounts, mutual fund quotas or other instruments authorized by the finance ministry, interest, dividends or other income will not be considered as long as they are saved In the same instruments. In this way the tax is postponed, in the Global Tax Complementary, until the investment is totally or partially withdrawn.

Taxes on alcoholic beverages are increased according to their graduation, as well as sugary drinks, flavored mineral waters, among others. In addition, the tobacco tax is increased. 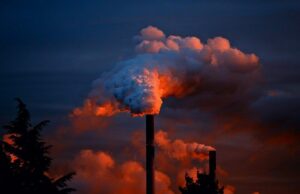 Chile is a hotbed for non-conventional renewable energy sources

The Reform establishes that new, light and medium motor vehicles, with the exceptions that the standard establishes, will pay for a single time, an additional tax expressed in Monthly Tax Units (UTM), according to the formula that contemplates the norm, based on its urban performance and emission of nitrogen oxides from the vehicle.

In addition, a tax is imposed on natural and legal persons who use certain fixed sources of air emissions of particulates, nitrogen oxides, sulfur dioxide and carbon dioxide produced by establishments whose individual or together, add up to a thermal power greater than or equal to 50 MWt. This has given rise to the growth in the non-conventional renewable energy sector in Chile, which is setting Chile apart from the rest of Latin America.

Their main purpose is to grant the tax administration powers to challenge acts or businesses or other activities carried out by taxpayers with abuse of legal forms or simulated for the sole or main purpose of avoiding the payment of taxes, which will be susceptible by the respective control of the courts of justice.

In addition, a new article 26 bis is incorporated, which makes taxpayers liable for the payment of tax that have a personal and direct interest, may make prior consultations with the SII, on the application of the rule, acts, contracts, business or economic activities they plan to carry out.

Likewise, a new article is added that sanctions the person with whom it is proven to have designed or planned the acts, contracts or businesses constituting abuse or simulation. 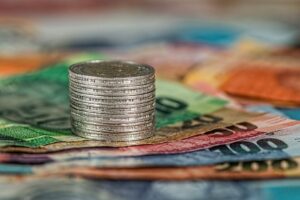 With regard to expenses related abroad, additional requirements are established for the deduction of expenses for the amounts referred to in article 59 of the Law of Income Tax, when they originate in transactions with parties directly or indirectly related abroad, such as, when the Additional Tax is paid affecting such amounts.

In relation to Goodwill, the tax treatment of the difference determined in a merger of companies is changed, when it can not be distributed among the non-monetary assets received from the absorbed company. In such a case, the undistributed difference will constitute an intangible asset, not a deferred expense as it was prior to the legal amendment.

Regarding Rejected Expenses, as from January 1, 2017, the Single Tax established in article 21, from the current 35% to 40%, is increased.

If you want to learn more about the Chilean Tax Reform do not hesitate to contact Chile Business Services, part of the Biz Latin Hub group. We are able help you with the formation of your company and entry into the Chilean marketplace. Get in touch with David at [email protected].