Why are Brazilian Businesses and Investors Moving to Paraguay?

Paraguay is now competing with regional powers for an increasing cut of the region’s foreign direct investment. Thanks to prudent fiscal policymaking, landlocked Paraguay pulled through troubled times when its major trade partners, Brazil and Argentina, were hit by the 2008 global financial crisis. The country has experienced positive economic growth since the arrival of now ex-President Horacio Cartes in office.

Though still operating in the shadows of bigger players in the region, such as Brazil, Mexico, Colombia and Chile, Paraguay is carving out its niche in local and global markets. With increased diversification in its industries, the country is no longer an agricultural one-trick pony. As the country draws some of the limelight away from traditional economic hotspots, Brazilian investors are taking advantage of new and incentivized opportunities. 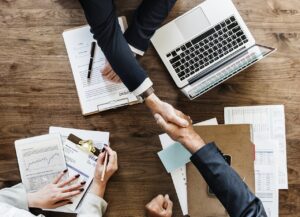 A diversified economy and controlled inflation levels are crucial aspects of Paraguay’s consistently buoyant economy. This regional powerhouse is one of the worlds top producers for soybeans, and makes a significant contribution to global beef, corn and sunflower supply.

Paraguay demonstrates a real strength in a number of commercial and lifestyle aspects, thanks to its climate, geographical diversity, and incentives in place to bring more business into its territory.

In 1997, Paraguay introduced a Maquila Law that offers preferential conditions for international manufacturing companies. These companies are encouraged to assemble their products in Paraguay for export.

As a manufacturing giant, Brazil is taking advantage of this. According to the country’s Minister of Industry and Trade, 90% of these exports go back to Brazil, and 60% of the companies making use of the Maquila Law are Brazilian.

Another key aspect of local economic conditions that appeals to Brazilian companies is the comparatively lower cost of labour across the border. The country’s youthful, energetic workforce supports and drives business activity and innovation in Paraguay’s staple and emerging sectors, making the country a natural choice for expanding or cost-cutting business models. 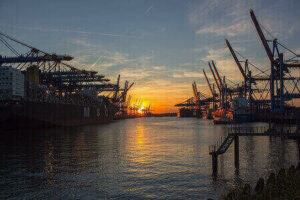 Paraguay has access to vital waterways and will benefit from a project to build a Bi-Oceanic Corridor across Brazil, Bolivia and Peru to connect major Eastern and Western ports.

The facilitation of international business by Paraguay plays into the hands of foreign businesses looking for a secure, low-cost base in the region for production and exportation. Though the demographics of Paraguay’s foreign business environment are predominantly Brazilian, the country is an equally viable enabler for other foreign companies to springboard their export operations into Latin America.

Paraguay, though landlocked, has access to vital waterways and will benefit from a proposed project to build a Bi-Oceanic Corridor across Brazil, Bolivia and Peru to connect major Eastern and Western ports. This project will reduce any effects felt by businesses aiming to conduct import/export business in the country, though currently the country’s access to Parana River and Paraguay channels already dampens this concern.

In particular, Paraguay is currently considered an overshadowed (but no less significant) player in the continent’s booming cannabis industry. While investors are flocking to those in the spotlight, Colombia, Mexico and most recently, Ecuador, Paraguay has been a major contributor to regional cannabis output. In 2017, Congress agreed upon a state-sponsored initiative to allow importation of seeds, and growing cannabis for medical purposes.

While this appeals to Brazilian businesses looking to get ahead of the curve, cannabis legislation hasn’t had an overhaul in Brazil just yet.

Brazil is nearby, and the two countries work to facilitate neighbourhood investment. Though deal making between Brazil and Paraguay can be rocky at times – think of the recent controversy over the energy deal concerning the shared Itaipú hydroelectric dam – the two countries are working towards mutual economic growth and commercial benefit.

Currently, Paraguay possesses the cheapest electric power among MERCOSUR member countries, thanks to this joint project with Brazil regarding Itaipú. This hydroelectric dam has one of the greatest installed capacity rates for those of its kind in the world.

Both governments realize the essential partnership between Brazil and Paraguay and will work to smooth out bumps in trade relations. There’s an undeniable benefit for Paraguay being situated next to the largest country in Latin America, both by population and GDP value. For Brazil, the value is in the unsaturated and lower cost nature of the market next door. 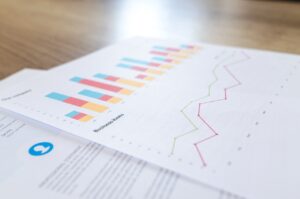 For the last decade, Paraguay’s annual economic growth has averaged 4.8%, and the country shows no signs of slowing down.

For the last decade, Paraguay’s annual economic growth has averaged 4.8%, and the country shows no signs of slowing down. Cheap electricity and a diversifying market – complete with growing industrial activities and commercial incentives for investment – is luring entrepreneurs from neighboring countries.

Paraguay seeks to position itself as a springboard for multinational companies to move into the rest of the region, and will continue to play to its strengths to maintain its high economic performance in the coming years. This isn’t just a secret for Brazilian businesspeople to capitalize on; word is getting out to the rest of the world about Paraguay’s potential. Acting fast now could mean securing long term commercial success in a well-connected business environment in Latin America.

Be a part of the boom

Paraguay is open for business, but navigating the expansion and company formation process can still prove challenging for foreign investors adjusting to a new legal system. It’s therefore a good idea to seek out a trusted local expert who can guide you through the steps towards compliance.

At Biz Latin Hub, we enable smooth business operations and transitions into new markets in Latin America. Our team of local and expatriate professionals removes the burden of ensuring full compliance with local regulations with our suite of market entry and back-office services. That way, you can focus on doing business without any unnecessary delay.

Reach out to us at [email protected] and let us take care of your legal and accounting needs.