Guide to Incorporating a Company in Uruguay

Uruguay – the “jewel of social policy” in the Americas – has increasingly become more appealing to regional and international investors alike, looking to expand their horizons abroad to Latin America in search of a safe home for their business investments. Looking no further than Uruguay for their first foreign investments has allowed many investors from all over the globe to experience first-hand exactly why Uruguay has been so successful at growing its overall economy while simultaneously helping a large proportion of its population find their way into the middle class – a combination many countries worldwide fail to get in proper balance.

What’s particularly remarkable is Uruguay’s, for the most part, sustained GDP growth since the turn of the millennia. Achieving growth in 2017 of 2.7%, Uruguay has maintained positive growth since 2003, hitting heights of above 7% in 2005 and between 2008-2010 despite the global recession. Besides its growth, Uruguay’s level of Human Development is very high for the region; this not only provides its investors with an abundance of superb human capital but also its inhabitants with a pleasant, growing and thriving society in which to live. 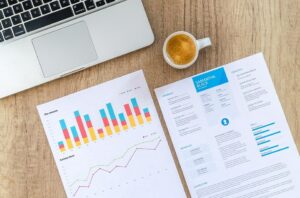 A shareholder or stockholder is a person (an individual or a company) that owns part of a company through the purchasing of shares/quotes.

As part of the company incorporation process, legal name searches must be conducted. It is not always possible to get your most preferred company name, and for this reason, it makes sense to have (3) company names in mind. so as to avoid disappointment and delays to your process.

The Central Bank of Uruguay keeps a record of the holders of bearer shares, all of which is kept strictly confidential.

Corporations are managed by a Board of Directors or an Administrator, as determined by the corporate by-laws or the Shareholders’ Meeting. Similarly to with the company shareholders, the Directors can be both national or foreign legal persons or entities and may be domiciled abroad. An important requirement by Uruguayan law is that all corporations have a local registered agent, who must be a resident lawyer in the country.

The corporation must have a fiscal address in Uruguay and must be registered with the Tax Administration Office (DGI), filing month tax declarations.

The only requirement for S.A.´s capital is that it is expressed in national currency. However, there are some exceptions; for example, in investment corporations operating in Uruguay, capital may be expressed in foreign currency. Uruguayan legislation does not stipulate a minimum required share capital for the companies 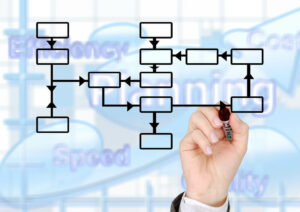 The company by-laws must be approved by the National Internal Audit Office (AIN),

In Uruguay, there are three ways to set up a Corporation: opening the company via the traditional process; through the Company in a Day program; or purchasing an existing from a law firm. The most common and preferred by foreign investors is the traditional process in order to form the popular Sociedad Anónima (S.A.), outlined in the rest of this article.

Incorporators of companies must approve the corporate by-laws which must also be approved by the National Audit Office (AIN), registered with the National Trade Register (RNC) and published (an excerpt) in the Official Gazette and in another national newspaper – this final step is commonplace in much of Latin America. During the incorporation process, the corporation can operate as an “S.A. under incorporation”, the incorporators being jointly and unlimited accountable to the corporation and third parties. The corporation must also be registered with the Tax Administration Office (DGI), the Social Security Administration (BPS), the Ministry of Work and Social Security (MTSS) and, if it hires personnel, with the State Insurance Bank (BSE).

The company by-laws must be approved by the National Internal Audit Office (AIN), responsible for the control of by-laws, capital subscription and minimum paid in capital lawfulness. The process is usually conducted in-person, but can also be completed through the use of a Power of Attorney (POA). Either the standard by-laws drawn up by the AIN or tailor-made by-laws prepared by the incorporators may be used.

Registration with the National Trade Register

Once the by-laws have been approved by the AIN the company shall be registered with the Register of Legal Entities-National Trade Register Section (RNC) in order to comply with part of the necessary requirements to be granted their business type. This process along with some of the above can, at times, be particularly complex, so the support of a local lawyer always proves rather useful.

A publication of the corporation must be made in the Official Gazette and in another newspaper (of which you have the option to choose) stating that the company is operational in Uruguay.

An important body with which S.A corporations must be registered is the Banco de Seguros del Estado (State Insurance Bank – BSE). The State Insurance Bank is an autonomous public body within the Uruguayan State; employers must provide occupational injuries and illnesses insurance coverage, from the BSE, for all dependent employees.

Regardless of whether it’s looked at from a business perspective or simply a social one, Uruguay is an incredible place for you to relocate, with an affluent society boasting far more than just favorable foreign investment laws and a growing middle class.  Having some extra support on the ground is always helpful for new firms setting up their operations abroad, so our skilled accounting & legal teams are at your disposal via [email protected]