Mercosur-EU Agreement will Improve Market Access and Investment in Uruguay

On 28 June, Latin American trade bloc Mercosur and the European Union (EU) reached a commercial agreement after 20 years of negotiations. This agreement is set to improve elements of Mercosur member countries´ business conditions and access to the European market.

The European Union is a significant commercial destination for Mercosur goods in general, second overall for Uruguay in particular. For Uruguay, this deal enhances its ability to attract foreign investment.

Foreign Minister Rodolfo Nin Novoa, who headed the delegation that represented Uruguay in the Brussels negotiations, stressed that the agreement is a “signal” that opens the door to the country on “paths of understanding” with other countries. 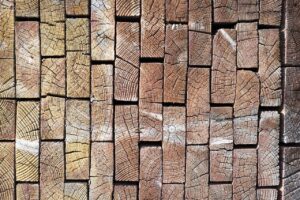 In 2017 and 2018, the European Union was the second largest destination for Uruguayan exports, for amounts around US$1.5 billion. Uruguay’s main export products to the EU were wood and wood/paper products (48%), animal products (25%), and vegetable products (8%). Hides and skins, textiles, and food and beverages made up the remaining proportion of exports.

As for the imports of goods from the European Union to Uruguay, it has been indicated that they totaled US$1.112 billion in 2018, representing 14% of the total imports of the country. This was made up of machinery and mechanical applicances, food and beverages, and transport equipment.

Minister Novoa noted that the main imported product was parts and accessories of vehicles, followed by medications and vehicles.

The historical agreement contains a commercial chapter that is beneficial for Uruguayan exports and the country’s interests in intellectual property, public purchases, and special regimes.

In a global context of increased protectionism, the European Union – the world’s second-largest economy – and Mercosur – collectively, the world’s fifth-largest economy – build an immense free trade area. Due to their size, their joint cooperation towards economic growth, employment and investments, and the benefits of their people will yield globally significant results.

Next stages and estimated deadlines

The conditions agreed between the two trade blocs will be legally reviewed and then signed by the bodies representing Mercosur and the European Union. Following this, they will be submitted for ratification to the parliaments of their 32 member countries.

In Uruguay’s case, Undersecretary of Economy and Finance, Mr. Pablo Ferreri, explained that Parliamentary approval can last between 2-3 years. Ferreri stated that:

[“In this period a commercial agreement with Chile was reached, the agreement with Mexico was deepened and now one of the most important agreements on the planet is achieved, due to the volume of trade involved.”]

He pointed out that many sectors are going to develop a very different future growth trajectory when the agreement enters into force, and when the conditions that were agreed upon are met. 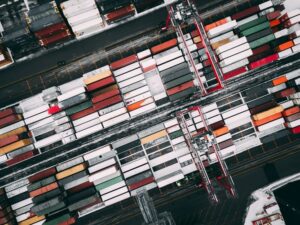 This agreement covers a market of nearly 800 million consumers. This would open many doors to productive sectors of Uruguay.

This agreement covers a market of nearly 800 million consumers. This would open many doors to productive sectors of Uruguay. When these doors open, Uruguay will become more attractive for investors seeking a suitable expansion location into Latin America.

From the government, it was stated (translated from Spanish): “A market as important as the European Union also implies a potential to receive much larger investments. Obviously, the Uruguayan domestic market is very small, but the legal certainty and conditions of our country, when such an important market opens up, make Uruguay much more attractive to attract investments.”

Which Uruguayan industries are set to gain from this agreement?

In the first place, a country with the dimensions of Uruguay has a lot to gain by signing the agreement. In fact, it is part of what Uruguay has long claimed and is linked to a trade opening agenda that the country requires to make growth sustainable. Local industries that are set to benefit from this agreement the most are cellulose, technology, and soya crops.

Agro-export activities in general and in particular meat, rice, hides and others should benefit from tariff cuts and quota increases, and possibly simplification of para-tariff rules (such as those applied to phytosanitary items). 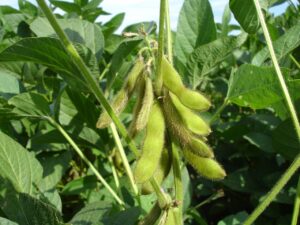 Local industries that are set to benefit from this agreement the most are cellulose, technology, and soya crops.

The agreement does not yet appear to have major advances in intellectual property matters, in particular with regard to the acceleration and coordination of the process of obtaining patents in MERCOSUR countries.

In the case of the automotive industry, the tariffs set by MERCOSUR on EU imports are 35% for automobiles and between 14 and 18% for auto parts. These would be removed. For passenger vehicles, full tariff elimination would cover a period of 15 years with a 7-year grace period. This gives Mercosur industries time to adapt to a higher import rate in their markets.

Move into the market now

This agreement reached between two major blocs represents opportunities for Uruguay and Mercosure countries collectively, since it encourages other countries and blocs to seek similar agreements in the future.

At this point, the schedules and details of planned changes and implementations from the agreement are yet to be confirmed. However, moving into this region now offers a definitively positive outlook for businesses. Getting ahead of these changes and establishing your footprint will open up new trade channels and opportunities that will secure your long-term success.

Uruguay offers fiscal and trading advantages to setting up a business in Latin America. Our company provides the needed services and advice to ease this process.

We have experienced local teams based in all MERCOSUR member countries ready to help you and your business navigate the opportunities rising out of deals such as this. Despite their collective cooperation each member still has its country-specific rules and regulations for foreign businesses and investors to conduct commercial activity.

Our team offer personalized assistance and guidance in regards to legal support, accounting, commercial representation, and other back-office services. Contact us here to start investing in Uruguay and its future today.