Uruguay is one of the Latin American countries with the most stable economy, experiencing positive growth for almost 16 years now. Its GDP reached US$59.6 billion in 2018. Having achieved a 2% growth rate in 2018, its GDP is expected to continue to grow in 2019 and 2020, with a growth of 3.2 and 3.4%, respectively. Foreign direct investment is estimated at over US$29 billion and represents 48.2% of the country’s GDP.

The increasing adoption of cannabis worldwide is one of the most promising new markets globally. The report by Grand View Research, Inc. forecasts that the global legal market for cannabis products could reach US$66.3 billion by 2024.

Uruguay is one of the countries with the most business-friendly legislation for cultivating and manufacturing cannabis and derivative products. We outline the specific regulations in Uruguay as the pioneering market for the legalization of cannabis. 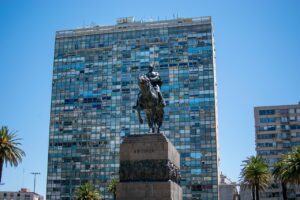 Uruguay cannabis legalization created the most business-friendly environment for cultivating and manufacturing cannabis and derivative products. We outline the specific regulations in Uruguay as the pioneering market for the legalization of cannabis

Uruguay was the first country in the world to legalize cannabis products and their use, including medical and recreational cannabis.

It all began in June 2012, when then-President Mujica announced his intention to legalize the sale of cannabis during his term of office. His program aimed to divide potential growers into two categories: the first being growers for their consumption allowed to hold 6 plants for a maximum quantity of 480g/year. The second category regards producers who wish to grow or manufacture cannabis and derivative products for commercial sale.

December 2014, demonstrated a turning point, for legalization in Uruguay. The law reforms on cannabis were approved and implemented, though marketing cannabis products was only permitted in clubs authorized by the government. In 2018,  the government allowed 16 pharmacies to sell cannabis legally. The cannabis grown by farmers and approved by the State was not allowed to exceed 15% of TetraHydroCannabinol (THC).

Now, to become a producer of cannabis or cannabis products, you must have a license issued by the Uruguayan State. The law allows consumers to buy up to 40 grams per adult registered, and clubs to grow 99 plants per year.

The Instituto para la Regulación y Control del Cannabis (IRCCA) is known in English as the Institute for the regulation and control of cannabis in Uruguay, established by Act No. 19.172.

This agency’s purpose is to regulate the planting, cultivation, harvesting, production, processing, collection, and distribution of cannabis. It also promotes and proposes actions to encourage safe use of the product.

The Institute is also responsible for assisting the National Drug Board of the Office of the President of the Republic in all matters relating to cannabis. IRCCA enforces the country’s cannabis regulations in coordination with the police.

To take advantage of Uruguay’s opportunities in the cannabis market, you must understand and comply with the country’s cannabis regulations and obtain the appropriate government approvals. The country identifies different categories of producers and sellers.

Clubs are formal structures that bring together between 15 and 45 adults (above the age of 18) who wish to cultivate and consume cannabis collectively. For the clubs to be recognized by the Uruguayan government, they must register with IRCCA and other authorities such as Correo Uruguayo. Clubs are allowed to plant up to 99 plants, but each member may not own more than 480 grams per person per year.

Uruguayan law specifies that for the time being, only pharmacies can be points of purchase for consumers. The government has, however,  mentioned the possibility of recognizing a new type of vendor.

There are currently 17 pharmacies selling cannabis in the country, and on May 2019, more than 36,000 people a year benefited from these services. 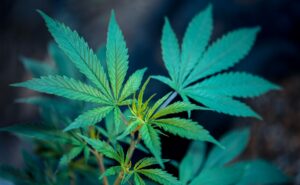 Uruguay has a local market of nearly 55,000 frequent users of legal cannabis, according to the latest survey cited on 6 December 2018 by Juan Andrés Roballo, Secretary and Deputy Secretary of the Presidency of Uruguay.

Still, the government has announced its intention to increase the number of market players.  This is considered insufficient, as domestic and external demand for cannabis and derivative products is increasing.

Last February, the government of Tabaré Vazquez opened a series of tenders to increase the number of participating companies, an excellent opportunity for foreign investors. IRCCA’s production capacity is currently four tonnes per year, and the objective is to reach ten tonnes per year. It knows that experts in the field estimate that the so-called green wave will generate tens of billions of dollars shortly.

Currently, there are already nearly 1000 hectares of open-air plantations in the country. As the products are not marketed on the domestic market at the moment, the opportunity in the Uruguayan market is predominantly in its export potential. International export networks -especially those major consumers of cannabis who have not yet formalized their domestic cultivation and distribution laws – can be a decisive competitive advantage for you if you want to produce in Uruguay.

The CBD market represents nearly 25% of the licenses granted by the government. Given the interest of Uruguay’s neighbors and trade partners for this type of product as an investor, there’s high return potential for investments in cannabis activities.

What to reach this pioneering market? Biz Latin Hub can help

With a local market of nearly 55,000 frequent users of legal cannabis, according to the latest survey cited on 6 December 2018 by Juan Andrés Roballo, Secretary and Deputy Secretary of the Presidency of Uruguay. Adding to an increasingly demanding export market, Uruguay needs investors and new companies to produce and sell cannabis. Since Uruguay cannabis legalization, this industry, which benefits both actors and the government, is seeking to attract more massive foreign investment ever.

With offices across Latin America filled with lawyers and accountants specializing in market entry and company formation, Biz Latin Hub can help you with your market integration or investment project. We have an experienced local team at your disposal to listen to you from Uruguay.

If you want to take advantage of our back-office solutions to get your business up and running so quickly, contact us here.