4 Great Reasons to Expand Your Business to Costa Rica

Costa Rica is a small, friendly country well known for its beaches, mountains, and wildlife. However, what many do not know about this tropical country is that it is one of the best countries in Latin America to expand a business to given the exciting commercial opportunities available.

However, corporate profits are not the only advantage that Costa Rica has to attract new investors and entrepreneurs; the field of personal development is also often considered when deciding to settle here. Below, we will tell you the key reasons why choosing Costa Rica is a great commercial expansion option. 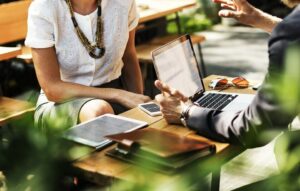 Costa Rica is the second most prosperous country in Latin America according to the Global Index of Prosperity.

There are different aspects necessary to prepare the ideal scenario in which a country manages to develop continuously. Among them, individual freedom is one of the most precious in this small country, where freedom of expression, freedom of the press and religion allow a total externalization of the individual.

Thanks to this, Costa Rica is the second most prosperous country in Latin America according to the Global Index of Prosperity, highlighting individual sections such as individual freedom, government, and health. At a global level, it is in position 29; second in Latin America, behind Uruguay, which is ranked 28th.

Despite having a traditionalist society, Costa Rica is a liberal country that prides itself on having policies promoting tolerance, equity, and respect among different ideological sectors. This also helps to provide a safe and peaceful space for its citizens to demonstrate and demand transparency and progress.

This development manifests itself in the economic sphere through GDP growth year after year. In the last 10 years, the country has seen steady growth between 2.2% and 4.9%, laying the foundations for a strong economy with strong development of the service industry and export policies.

Safe Location to Live and Do Business

In addition, in the 2017 Global Peace Index of the Institute of Peace and Economy, taking into account characteristics such as violent crimes, the perception of crime, and political and economic stability of the country, Costa Rica reached number two in Latin America and the 35th place worldwide.

Furthermore, the Central American nation is one of the most established democracies in Latin America, with only a single civil war in 1948 that resulted in the writing of the Political Constitution, the abolition of the army and the enactment of a solid state of law. This has contributed to Costa Rica is one of the countries with the least corruption in the region, ranking third in the ranking of perception of corruption in 2017, after Uruguay and Chile only. 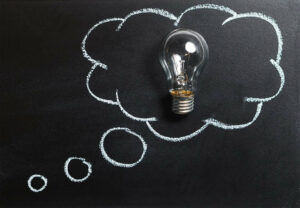 Costa Rica has an educated and often bi-lingual working population – a great reason for companies to expand operations to the region.

Costa Rica has had a single short and bloody civil war in its history, after which the country abolished the army and transferred the funds towards the financing of free public education. Currently, primary and secondary education is not only free, but also mandatory. This has led to the consequence that the country is among the top positions in the world with a 98% literality percentage.

Together with this, by mandate of the Political Constitution, the four public universities of Costa Rica obtain an annual percentage of GDP. This allows a large amount of financing for investment and subsidies allowing for low prices at a maximum of approximately $400 which provides a diverse range of curricula and careers. For the most part, the curricula are taught by professors with European training at recognized universities.

The public education system makes it easier for the Costa Rican population to access to top-level higher education and, as a result, provides the country with the necessary human capital to attract a large amount of foreign direct investment and develop a great diversity of industrial sectors.

This, in addition to the high level of English of the Costa Rican professional population, allows the country to be a great competitor in skilled, bilingual labor, the main attraction to start operations of many foreign companies.

An even more remarkable facet of the economy, though, is the health system – considered to be one of the best in the world. With highly trained professionals and high-level facilities, medicine in Costa Rica is mainly developed publicly through the Costa Rican Social Security Fund, which is mixed with the private sector in some cases.

Costa Rica offers first-class quality in its hospitals. Taking into account the relationship between quality and price, Costa Rica’s ranked in 2017 as the second best health system in the world according to the specialized journal ‘International Living‘, and within the first twenty years world level according to the United Nations.

In the previous year (2017), Costa Rica received more than 55,000 visitors of medical tourism, of which around 44,000 thousand came from the United States and Canada. These tourists save up to 80% of the costs of surgical procedures in relation to prices in more developed countries and are subject to care from top-level professionals.

Do you want to expand your business to Costa Rica?

If you are looking to expand operations to Latin America, Costa Rica has been and remains one of the most attractive commercial jurisdictions in the region.

If you would like more information on how you successfully penetrate the Costa Rican market and begin commercial operations in Costa Rica, reach out to Josseline from Biz Latin Hub here.

Do you need tailored bi-lingual services in Latin America? Check out the short video below and see how we can enable your business operations.