Central American economies are starting to show signs of steady growth, and as such are worth looking into for expanding your business or investing. However, at the top of the list for countries with an amazing business sector is Costa Rica. The nation has many industries that contribute to its strong economy.

Costa Rica’s GDP is on an upward trend, reaching US$57 billion in 2017. The healthy Central American economy is therefore supporting the growth of some noteworthy sectors for foreign investors and business. Four dominating and up-and-coming sectors to watch are tourism, agriculture, natural resources, and renewable energy. 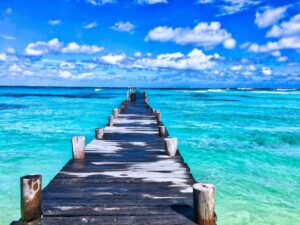 Eco-tourism brings in over one billion dollars a year, and has contributed significantly to the growth of Costa Rica’s economy.

Tourism is very important to Costa Rica’s economy. The industry makes up almost 7% of the country’s GDP.

The country possesses natural beauty, mild year-round temperature, relatively low crime rates, and low cost of living. Aditionally, its variable topography, diverse soil combinations, and climatic variations, make it an eco-tourism paradise. Eco-tourism brings in over one billion dollars a year, and has contributed significantly to the growth of the economy.

The idyllic holiday destination continues to attract over one million visitors a year, saturating the small nation’s tourist hotspots. This is about 25% of the combined total number of visitors to the seven countries of Central America. Each year the number of tourists increases. According to ICT, the tourism industry offers direct and indirect employment to about 150,000 people in a nation with a population of around 4 million.

Located between North and South American markets, Costa Rica is the perfect hub for drawing tourists from both directions, and other export business. Its coasts sit in both the Atlantic and Pacific Oceans. Airlines offering direct inbound and outbound flights to several international destinations make this small paradise convenient and accessible for many neighboring populations.

Another business sector of Costa Rica worth looking at is agriculture. Agriculture provides employment to about 14% of the labor force. Different regions have varying environments suitable for different types of crops. The main exports include bananas, pineapples, coffee, sugar, rice, vegetables, tropical fruits, ornamental plants, corn, potatoes, and palm oil. Businesses who are investing in the nation’s agricultural sector are guaranteed to see a return on their initial investment. Investing in this steady sector is one of the safest investments to make in terms of long-term commercial success. 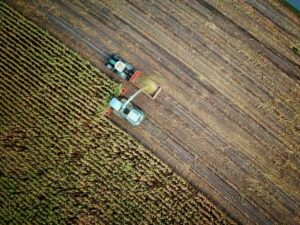 Costa Rican coffee is the longest-providing agricultural export product and has been exported since the 1790s.

Costa Rican coffee is the longest-providing agricultural export product and has been exported since the 1790s. The government stimulated its production by distributing free coffee plants and offering tax exemptions to families. The infamous Central American crop has been characterized by its high quality and efficient production. It has boasted some of the highest area yields in the world.

Production of bananas in Costa Rica surpassed coffee as the main agricultural product in 1992. Many local farmers have cultivated it for over a century on the country’s coasts, although multinational corporations are the primary handlers of banana exports.

Sugar is yet another important product of the country. Yearly, Costa Rica produces around 130,000 metric tons. Revenue from sugar totals around $39 million. However, unlike coffee and bananas, most sugar is produced for local consumption. Over 48,000 hectares of land are dedicated to the production of sugar.

Rice is a staple ingredient in the Costa Rican diet. The National Corporation for Rice, Conarroz, says that rice consumption currently significantly outweighs national production. Costa Rica currently exports most of its rice abroad, as it makes a higher profit margin in doing so. Fortunately, rice imports from major trading partners are cheap can meet local demand. Here lies a key opportunity for rice exporters and wholesalers in a nationally valuable industry.

Costa Rica’s natural resources is another booming sector that people should look into, outside of its agricultural success. Of note is its bauxite deposit in the General and Coto Brus valleys, and copper in the Cordillera de Talamanca. There are also manganese deposits located near the Nicoya Peninsula, gold on the Osa Peninsula and parts of the Pacific slopes.

In 2016, Costa Rica exported most of its natural resources to the United States, China, Mexico, Japan, Brazil, and Guatemala. For foreign investors, the country’s richness in natural resources should be considered for expansion opportunities.

Today over 300 high-tech companies (which are also fortune 500 companies) have established successful operations in Costa Rica. In 2016, almost two-thirds of the company’s investments expanded operations in the country.

Costa Rica offers some unprecedented opportunities in rapidly growing sectors to investigate and invest in. Consider not only the major and traditional contributors to the nation’s economy, but emerging sectors as a result of government initiatives.

Work with us on your business expansion to Costa Rica

At Biz Latin Hub, we offer a range of back-office services designed to help your organization strengthen ties in Costa Rica. Our experienced and professional lawyers and business experts are on hand to provide guidance, support, and help you to strategize for the maximum returns on your investment, and to capitalize on the unique opportunities surfacing in Costa Rica and other Latin American countries.

If you’d like to find out more or speak with a member of the team about your individual needs and requirements, email us here and we’ll get back to you with a personalized strategy designed to assist in your growth and ensure success into the future.