Why do Business in Ecuador?

Ecuador sits among some of the best economic performers in Latin America, with  strong average economic growth. ‘Pro-business’ legislation, large-scale investments, a stable economy and the fact the national currency is the US dollar are just some of the reasons why Ecuador is a great country to conduct commercial operations.

According to the global ranking of competitiveness in studies by the World Economic Forum, Ecuador is one of the fastest developing Latin American nations in recent years; this trend set to continue as investor confidence increases and investment projects grow. Some examples of these projects include renewed airport infrastructure for Ecuador’s principal cities. Also, a sophisticated port system, extensive fibre-optic coverage, and a first-class road network.

2019 is set to be a promising year for economic performance in Ecuador, with the region becoming extremely attractive for business looking for locations to expand their operations too.

Keep on reading to learn about the key reasons why you should do business in Ecuador.

Why do Business in Ecuador? The US Dollar as the National Currency 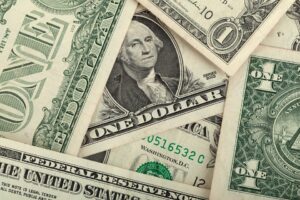 The adoption of the US dollar has contributed to a drop in inflation levels and has opened the door to foreign investment within the economy.

After the economic crisis in 1998-1999, resulting from a banking/financial crisis, currency crisis, and sovereign debt crisis, Ecuador ‘dollarized‘ it’s economy. Taking on the US dollar as the national currency in January of the year 2000.

Almost twenty years later and the adoption of the US dollar as the national currency has allowed Ecuador to maintain economic stability. The dollar has contributed to a drop in inflation levels and has opened doors for foreign investment within the local markets, thereby assisting in the region’s economic growth and development.

Ecuador is an excellent trading hub and the regions national sectors have been experiencing positive development in the past 15 years. The governments drive to integrate the nation in the global economy has resulted in Ecuador entering various strategic regional trade agreements and double taxation avoidance treaties. Thereby allowing for free trade and thus encouraging the growth of national exports – a key part of the recent economic success of Ecuador. Ecuador remains a regional exporting leader in areas such as petroleum and agricultural products (namely bananas, cut flowers, and shrimp). The agricultural sector is one of the most developed national sectors in Ecuador and many global powers, such as the US, China, and Russa have established trade and commercial relations with Ecuador and are key importers of its goods.

As mentioned, Ecuador has entered into strategic trade agreements. As such, it has access to a market of approximately 800 million consumers. Some of these trade agreements include countries and regions such as the European Union, Andean Community, and MERCOSUR.

An Abundance of Natural Resources

Ecuador is a diverse nation and its geographic distribution includes 4 regions each with different and unique geographical and meteorological features. Ecuador is petroleum-rich, and also has an abundance of timber and fish, of which a large proportion are exported abroad. Additionally, Ecuador is blessed with approximately 12 hours of sunlight every day of the year and the warm and temperate climate in most of the territory. This has allowed an abundance of agricultural products to be cultivated.

A Government Welcoming of Foreign Investment

The current legal and political framework of the Ecuadorian government is firmly aligned with the incentive for national production and the attraction of foreign investment. Less than a year ago, the ‘Productive Promotion and Attraction of Foreign Investment Law‘ was enacted. This law mainly seeks to promote strategic national sectors. Also to improve tax conditions and reduce obstacles to the generation of new business in Ecuador. This is done through the opening of the economy to foreign investment. This regulatory framework boosts and encourages investment in the region. Moreover, it adds value to the production of goods and services and generates quality jobs. It should be noted that the new investment law entails corporate tax incentives.

Additionally, Ecuador, as another measure of its open-economy, permits 100% foreign ownership of local companies. There are limited capital controls and companies are able to sponsor the visas of foreign employees. Many investors find that incorporating a local Ecuador company is the best way to penetrate their desired market. The process is straightforward and can be completed in a matter of weeks once all required documentation has been submitted. 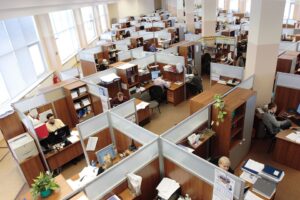 Labour costs in Ecuador are relatively cheap when compared to other countries in the region, such as Argentina or Chile.

Another key reason that companies consider expanding their operations to Ecuador is the access to a cost-effective and increasingly educated local labour force. Labour costs in Ecuador are relatively cheap when compared to other countries in the region, such as Argentina or Chile. The Ecuadorian government annually determines a unified basic salary that must be recognized and adhered to by all employers. However, the cost of this salary is very competitive for the vast majority of foreign investors looking to hire local staff to assist with commercial operations.

Ecuador is growing in popularity as an attractive Latin American jurisdiction to conduct commercial operations. As the governments support for foreign participation increases, the opportunities available for foreign companies looking to expand their operations develop. Despite often getting overlooked for its neighbours such as Colombia and Peru, Ecuador is a country with great commercial potential and an excellent location to do business in.

However, it can be challenging to successfully enter Ecuador without the right local support and assistance. If you are interested in establishing a commercial presence in Ecuador, then get in contact with Biz Latin Hub. Reach out to a member of our team today here. We are ready when you are.

If you are thinking of incorporating a local business in one of the regions in Latin America, then you should be aware of the minimum statutory requirements for companies. Watch the video below to discover more…