How Will the Elections in Costa Rica Ensure Economic Growth in 2018?

More than 350 million Latin American voters are going to elect a new government in 2018 including economic powerhouses such as Mexico, Colombia, Brazil and Costa Rica. Following our previous article investigating the possible impact of the elections in Mexico on business, this time our focus is turning south. To be more specific, the third leg of the series will explore the presidential elections in Costa Rica, which took a shocking turn in January this year. A recent ruling by the Inter-American Court of Human Rights imposed on Costa Rica the legalisation of same sex marriage and the right for transgender people to change their name and gender officially. This event triggered the mainly conservative christian electorate to vote for a previously unknown candidate in the first of two rounds of elections.

Who Is Leading the Costa Rican Elections in 2018? 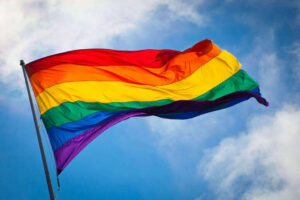 Whether the Costa Rican population is ready for the LGBT Rights or not will be crucial for the Elections.

The protestant singer and journalist and Fabricio Alvarado, candidate for the National Restoration Party (PRN), was the first and only candidate to actively oppose the Inter-American Court’s ruling, which earned him the support of the Costa Rican voters. In fact, he has taken the lead with 24.8% of the votes. An impressive feat, considering that he came from 3% of the votes in December. The only other candidate to come close was the Citizens Action Party’s (PAC) Carlos Alvarado (no relation with Fabricio) with 21.7% of the votes. Contrarily to Fabricio Alvarado, Carlos Alvarado has a more liberal stance on many issues, including the ruling of the Inter-American Court of Human Rights. Considering that only the first two candidates proceed to the second round, this marks the first time that none of the big traditional parties are elected to the second round which will take place on the first Sunday of April 2018. The electorate is clearly looking for a change from the status quo, but what do the candidates stand for besides their views on LGBT rights? And how will the two potential future presidents impact business opportunities in Costa Rica?

How Will the Candidates Affect Business in Costa Rica?

Fabricio Alvarado’s sudden rise was definitely a shock for many Costa Ricans; he is relatively new in politics and lacks an experienced team of advisers as well academic achievements. It appears that his conservative views on gay marriage and child adoption catapulted him into the second round within the space of a month. In fact, he repeatedly stated that Costa Rica would leave the Inter-American Court of Human Rights if he becomes successful in his bid for the presidency. Regarding other matters, he promises to focus on reducing the country’s fiscal deficit which has reached a “state of national emergency” as he proclaims. He intends to achieve this through tax reforms. At the same time, the conservative candidate plans to invest huge amounts in infrastructure and on linking small, mid-sized and large companies. At this point in time, it is hard to predict whether the candidate will follow through with his policies if elected president due to his inexperience and lack of political background, leaving investors and companies in the dark for now. 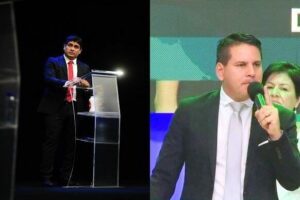 Carlos Alvarado (Left) and Fabricio Alvarado (Right) – The two don’t have much in common other than their surname.

The second candidate, Carlos Alvarado who is also a journalist, is younger and certainly more experienced. He has a degree in political science and another one in communications and it was his deliberate and confident handling of backlash over a US$30,000,000.00 ” Cementazo” scandal that saw him voted through to the second round of the elections. Furthermore, he takes a liberal perspective on several topics including his view on LGBT rights. As part of his campaign, he promises to focus on issues such as improving transparency in government and building a stronger, more independent central bank with the aim of strengthening the economy and the market. Additionally, he is planning a tax reform which includes a higher rate of VAT taxes but with exemptions for private education or private health services in order to provide a fairer distribution of resources. Overall, Carlos Alvarado is planning a mix of liberal policies aimed at creating a transparent form of governance and building a more equal society in Costa Rica to ensure a strong and sustainable economic growth for the country.

The Costa Rican economy has faced certain economic difficulties in recent years that have slowed down growth. Increasing inflation rates and a deepening equality gap have reduced domestic demand. A worryingly high public debt is a potential threat to macroeconomic stability and dissuasive to foreign investment.

The next president of Costa Rica will have to deal with these challenges to cement Costa Rica’s reputation as one of the rising stars of Latin America. On the positive side, be it Fabricio Alvarado or Carlos Alvarado who wins the election in 2018, the future president will take office in a country that has grown into a strong performer in the LATAM region and has established itself as a magnet for tourists and expats. Predictions by the World Bank for 2018 are a healthy 3.7% of growth in GDP attributed to the nation’s infrastructure projects and strong export sector.

Where Can I Find More Information about Doing Business in Costa Rica and Latin America?

Latin America finds itself in a dynamic period with a host of elections coming up in 2018 and what some may see as a phase of uncertainty, others see as a phase of opportunity. Certainly, experts are feeling optimistic as they predict 2018 to be the year which marks the beginning of a recovery in the region after a drawn-out economic slowdown. There are indeed many different types of business opportunities up for grabs in LATAM, however, penetrating a new market as a foreigner may come with its difficulties due to cultural and legal differences. At the Biz Latin Hub group, we have an experienced team of local lawyers and accountants that can help you set up your business safely in Latin America and ensure success. Please Contact our CEO Craig here to get more detailed information about doing business in Latin America.

If you want to learn more about our services check out our video below!