How will legislative changes in Costa Rica affect your company?

Costa Rica is one of the most attractive countries in Latin America to do business. With a stable democracy and progressive government policies, its economy has evolved since the eighties from one dependent on agriculture to an industry of knowledge and services. The country now has one of the fastest growing economies in Latin America.

However, legislative changes planned to take effect this year will impact how companies currently do business in Costa Rica. Find out how tax and fiscal reforms could affect your Costa Rican business from July 2019. 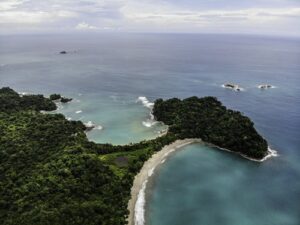 Several government administrations have proposed a tax reform that covers two main aspects: the reduction of public expenditure and the increase in tax collection.

Costa Rica’s public debt grew exponentially in the last decade, mainly due to significant public expenditures. As a result, several government administrations proposed a tax reform that covers two main aspects: the reduction of public expenditure and the increase in tax collection. This tax reform bill, called the Law on the Strengthening of Public Finances, was approved by Congress in December 2018.

The Law on the Strengthening of Public Finances focuses on four main areas:

How will this reform affect private companies?

The changes imposed by this law are mainly designed to control public expenditure, and therefore mainly affect public servants and government departments. These issues don’t directly impact private companies operating in Costa Rica. The main change that will affect companies is the implementation of new taxes.

The current tax system works with a general sales tax at a percentage of 13% that only applies to merchandise and some services. Because they are specified as merchandise, only material goods are included. For this reason, professional services don’t impose any further taxes beyond income tax.

The current fiscal period currently begins and ends in September of each year. This will change to align with the calendar year, beginning in January and ending in December.

The general sales tax will be replaced by a value-added tax (VAT). This is perhaps the biggest change that the new tax law brings, as it taxes all sales of goods and services in each of the production stages. This allows for the deduction of taxes already paid in other stages. This is intended to improve current tax collection and transparency; it motivates producers to report all purchases and sales and to the treasury to maintain control of transactions.

In addition, VAT would apply when people purchase online services and services from abroad. 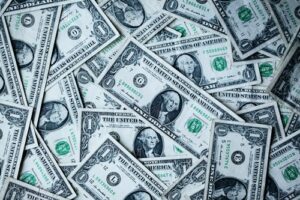 The general sales tax is transformed into the value-added tax.

This impending change will have the most impact on the private sector. In many cases, taxes on services will be transferred to the consumer, thus increasing the prices of goods and services. These taxes will be retained by banks and institutions that process payments for online services with cards.

There are exemptions from the VAT, as well as potential reductions to the rate applied. Basic water and electricity services will be exempt when consumption is between certain parameters and the rents of housing lower than a base salary. Private education and other services such as health and ticket sales will have a reduced VAT. Resellers of used goods will also be subject to a special tax regime.

One of the main changes in the income tax is the taxation of capital gains, that is, the increase in the patrimony of a person or company. Savings and interest certificates payable by banks and financial institutions will be subject to an increased tax rate from 8% to 15%.

One of the new inclusions in the reform is the application of a global income. This means the total income of taxpayers is included in a single statement, including income that has already been taxed.

In this way, the corresponding tax rate is applied to the total of all incomes. Other tax rates applied to individual incomes can be reduced. The tax base increases with this modality, and the Treasury receives more money thanks to this system.

Capital gains will now be taxed under this reform. This applies to increases in an individual’s or company’s assets. A tax rate of 15% will apply to certificates of savings, interest earnings, and increases in acquisition and sale of real or personal property, or sale of shares. Occasional sales of goods and sales of an individual’s own housing will be exempt.

Contributions to social capital and salaries greater than approximately $3,500 will also be taxed.

What do I need to do for my business, going forward?

The big changes that companies will have to deal with are the fiscal calendar and the introduction of the value-added tax. These changes are the product of the commitment by previous governments to improve the fiscal deficit by limiting public spending, increasing tax collection and promoting transparency and fiscal responsibility.

These changes can however have a potentially large impact on business process, and companies must be prepared to adjust to the incoming changes later this year. For this, it’s important to engage with local financial experts to identify exactly how your business needs to adjust under these reforms.

Navigating new legislation when it comes into force may prove difficult, especially in a foreign country. Getting help from a local partner may prove a useful addition in making things easier when starting up in Costa Rica. Contact our team here at Biz Latin Hub to see how we can help you with your business.